I like to write texts for my pictures and feel that  i want to developing my writings skills in several ways.

As a part of this process, i now have accepted a mission as an editor, where I both takes photos and write for the magazine ”O-ringentidningen” (as a part of the arrangement in Värmland 2017).

The first interview I did was with Thina Thörner, living in Switzerland (from the city Säffle in county Värmland). She has a successful international career as a co-driver in rally, and now works as a lecture, coach and entrepenor with focus on education. 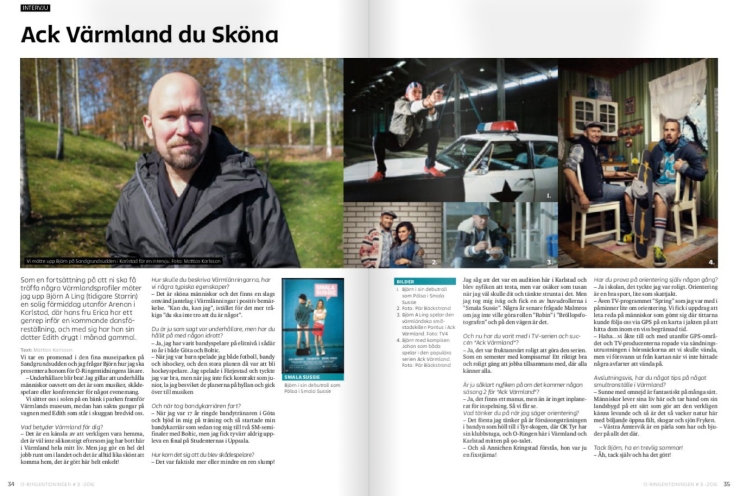